Get fresh music recommendations delivered to your inbox every Friday.
We've updated our Terms of Use. You can review the changes here.

Serenade For The Moment 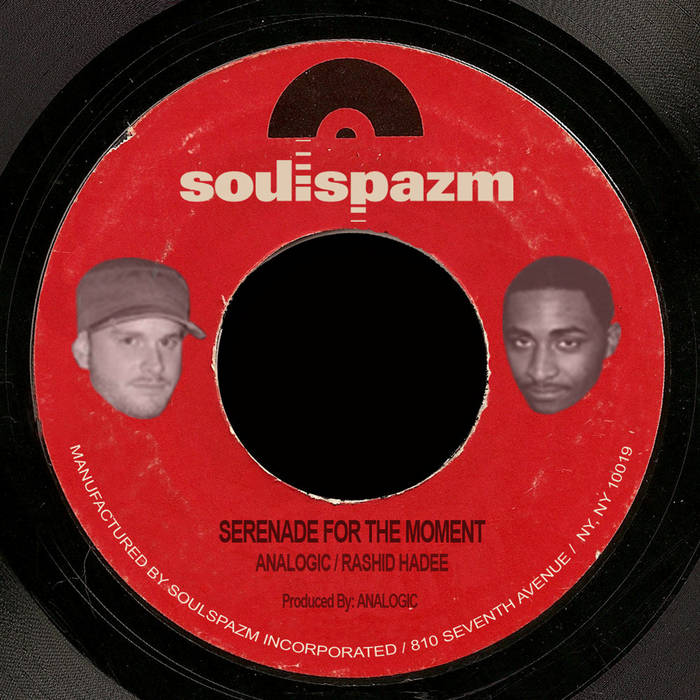 Serenade for the Moment is the collaboration between two great up and coming artists, one a producer and the other an emcee. They got together over the course of two years to create a record just for the sake of making music. The unlikely result was a near classic EP of simply great hip hop.

Emerging from Trenton, the capital of New Jersey, producer Analogic has set out to win over the fans of this new generation of hip-hop with his soulful and hard hitting production. Having only been making beats since 2003, Analogic has amazingly climbed the proverbial ranks of the undergrounds new generation of elite producers. Quickly making a name for himself, Analogic has worked with the likes of such renowned emcees as Talib Kweli, Masta Ace, AZ, Sean Price, Wordsworth, & Phonte (of Little Brother).

Reminding listeners of the "Golden Era" of Hip-Hop without sounding dated, emcee Rashid Hadee's solo music combines soul piercing wit, hard-edged confidence and innovative beat production. As one-half of the highly regarded hip-hop group Chapter 13, the young Chicago native is here to show the world he has what it takes to stand out alone in the competitive world that is underground hip-hop.